The 10 Most Dramatic Grand Prix Finishes in History 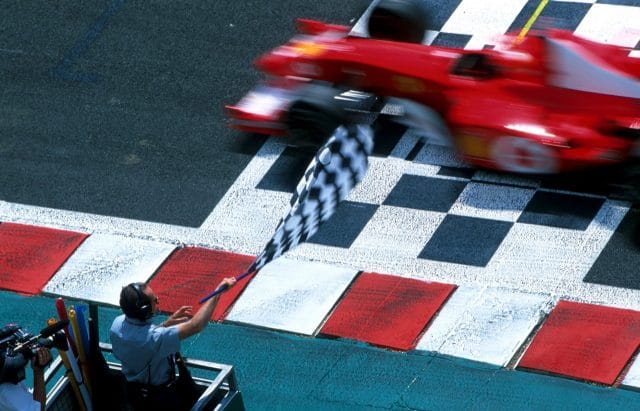 Nothing gets the heart beating faster than a tight Formula 1 race. The roar of the engine, the screeching tires, the sound of carbon fiber frames brushing against one another in the tensest of moments – it can all culminate in a photo finish that will leave fans wondering whether or not their driver won.

Racing may not be the first thing people think of when they think of nail-biting high-tension competition, but the Formula 1 has given attention to some of the most jaw-dropping finishes in competitive history! Neck and neck on the last lap, drivers can find themselves struggling to pull ahead of their rival for the win and, in those moments, Formula 1 history is made.

Before you get your tickets for the current Grand Prix season, let’s take some time to relive the tensest, thrilling finishes from the Formula 1. We’ve got the 10 most dramatic finishes, so let’s take a look back at some of these iconic moments.

There are only two characters you need to know for this one: Mike Hawthorn and Stirling Moss. We’ll cut right to the chase and let you know who came in first: it was Moss, beating Hawthorn with a difference of 1 minute and 24 seconds.

This is an interesting case, however. Moss may have won the race, but Hawthorn was the driver who won more overall points during the championship.

People don’t often think of racing as a physical sport, which is astounding. You’re packed in a tiny space and dealing with intense heat, and you still have to give the race your all.

This race from the 1980s in Las Vegas features Nelson Piquet and Carlos Reutemann. It was a close call, with a time difference of only one lap. Piquet ultimately came out on top, claiming both the race and the championship for himself.

The most impressive fact is that he actually vomited on himself because of heat exhaustion. He managed to pull through, though and took home the gold. 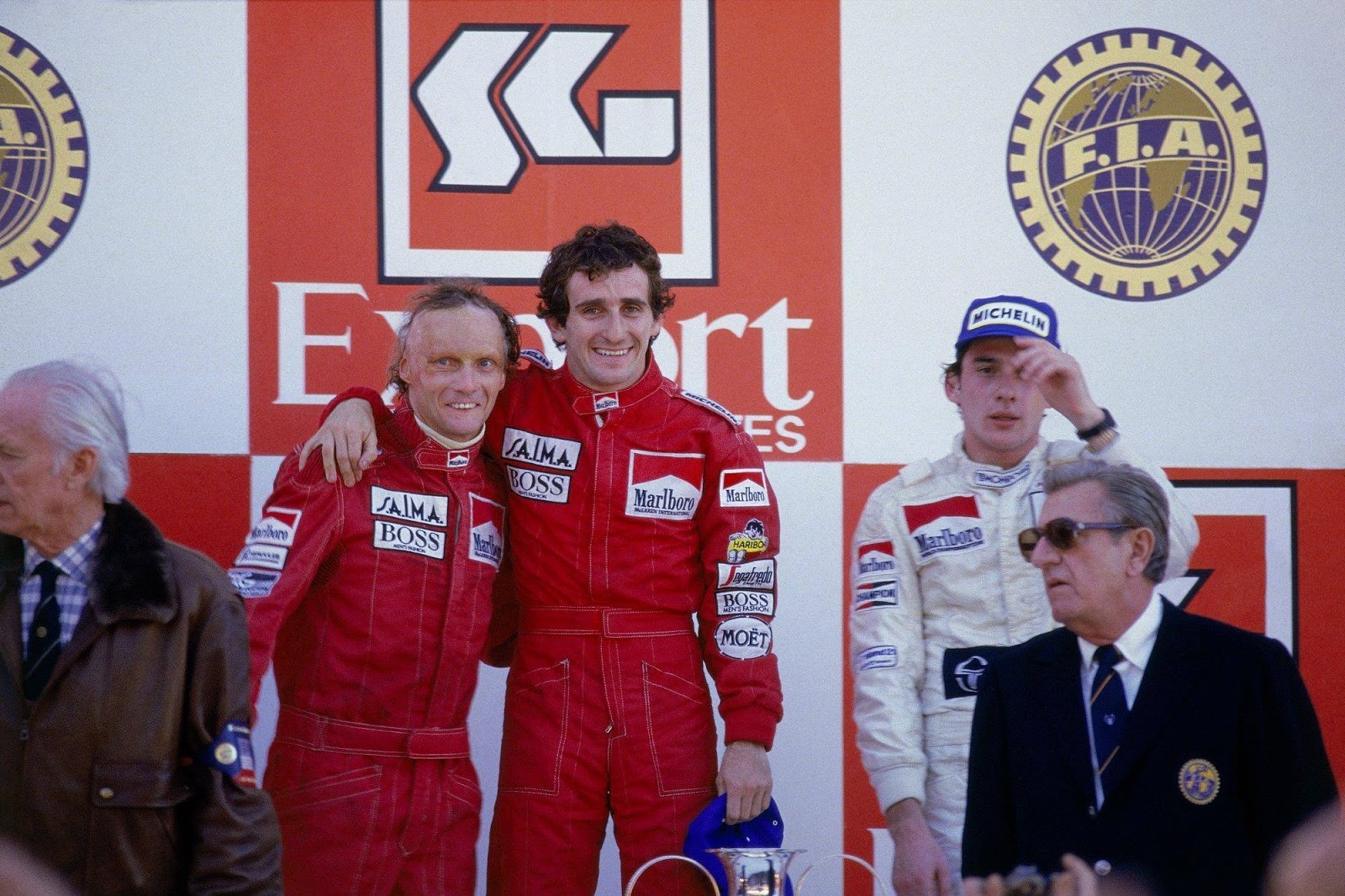 This one is the closest championship in history in regards to points.

In 1984’s Portugal F1, Niki Lauda and Alain Prost were the competitors to beat. The race was neck-in-neck with Prost ultimately coming out the winner.

The Suzuka Circuit was abuzz at the unexpected race between Raikkonen, Alonso, and Fisichella.

Raikkonen pulled a move during the last lap for an extra rush of adrenaline, despite being demoted from the lead during another driver’s pitstop. While Fisichella had the lead for a short time, Raikkonen charged up to take the lead.

The time difference was slim: Raikkonen managed to squeeze the gap between himself and Fisichella to 5 seconds, only managing to take him down during the last lap to win the race.

Alonso was back in action during the F1 in Brazil, making for another one of the most dramatic finishes in history.

This race proved to have mixed weather conditions, adding an extra level of thrill for the drivers and the audiences. While Alonso started off strong, making his way up to 5th place, Sebastian Vettel proved to be the one to beat.

Despite crashing and sustaining damage on his car, he managed to keep moving up in rank.

Through a series of crashes and clandestine events, Vettel became the youngest triple world champion ever.

This race from 1999 was geared for one of the most dramatic finishes before the racers even made their way to the track for the final race.

The two leading contenders were Mika Hakkinen and Eddie Irvine, and we’ll tell you this much: they came out of that race with a two-point difference between the two of-of them.

Ultimately, Hakkinen was the one who laid claim to the victory, with a time difference of 1 minute and 35 seconds.

It was an important one for Hakkinen: he needed that win to guarantee that he’d win the championship. 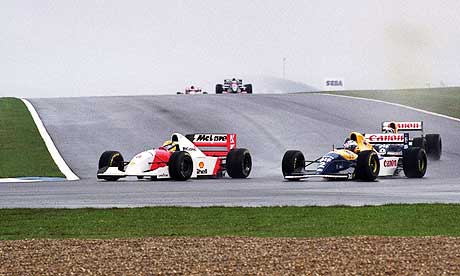 Just as we’d expect from jolly England, it was a rainy day for this F1 race back in 1993. However, that didn’t stop tensions from rising rapidly. Despite the rain and any challenges, Senna managed to move up 5 spaces and take the lead within 10 corners.

However, that lead was short lived as the rain stopped.

However, the rain came back with a vengeance. When other drivers’ engines stalled and tires became wet, Senna pulled through for the ultimate victory.

One of the biggest, most tense battles for victory was between Nigel Mansell and Nelson Piquet back in 1987.

Prost was showing promise for a little bit, but it soon became obvious who the real fight was between. After a pit stop to repair a tire, Mansell surged back into the race, 29 seconds behind his opponent.

He kept charging through to close the gap and wound up breaking the record 11 times.

When Piquet fell for a trap, Mansell managed to pass him and wound up winning the race.

Before the F1, Juan Manuel Fangio was already a force to be reckoned with and was proving himself to be unstoppable.

Fangio took a risk during this race, choosing to drive on soft tires and half of the traditional fuel load. This would make his car light enough to speed around corners, even if he’d have to delay for a pit stop.

Unfortunately, things went awry during the pit stop. The mechanic lost one of his wheel nuts. Still, Fangio managed to soar back into the race, picking up from 3rd and 48 seconds from 2nd place.

Fangio was like magic. As he drove, he managed to close the gap between himself and his rivals, breaking the lap record 9 entire times.

Fangio ultimately passed his rivals for the win – and his 5th world title. 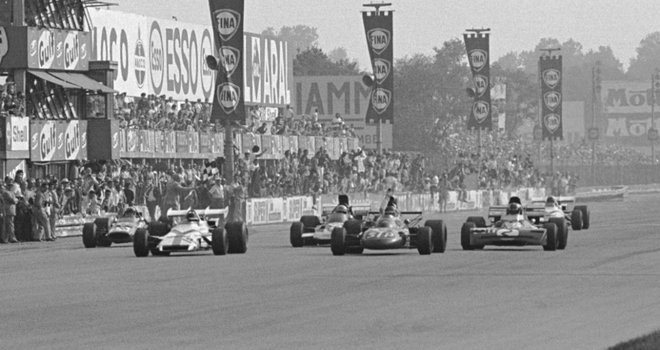 We’re closing out our list with one of the closest F1 finishes – ever. This race set the record for the fastest speed on average at 242.615 KM/H. It’s since been broken, but it endured for over 3 decades.

This race was led by 8 drivers, changing the lead 24 times in 55 laps. In other words, the race was beyond tight as the 8 fought for the lead spot.

In the end, Gethin was the one who took the win, crossing the finish line with less than a second of lead time.

Racing is more than watching cars zoom around a little circle for hours on end. There’s high risk, astounding levels of danger, and of course the tension of guessing who’s going to come in first.

These dramatic finishes tell you that nothing is a sure thing in the world of racing. It’s amazing how quickly the tides can change.

Gearing up for the latest grand Prix?  Race tickets are available at price ranges!