The 2022 F1 Montreal Grand Prix date is set to take place on June 19, 2022. Tickets are not yet available for sale but watch this space for updates!

The Montreal Grand Prix is THE biggest event in all of Canada. It’s 3 days of class, charm, world-class parties, and more.  An estimated 300,000 race fans pile into downtown Montreal over the GP weekend!

Or have us take care of your Formula 1 weekend in Montreal  — need to get into a party or book a table at a nightclub?  We can arrange it!

PLEASE NOTE:
Party/event information for the 2023 season is not yet available.
Previous Parties and Events information is listed below.
2023 party information will be updated as it becomes available — typically 2 months prior to the race date. 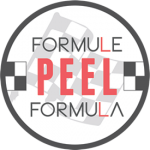 Date: June 15-19, 2022
Location: Formule Peel – 1448 rue Peel
As part of the Grand Prix, Peel Street merchants come together to organize the most prestigious event in downtown Montreal: The Peel Formula Event. More than 400,000 visitors are expected in June to travel on Peel Street during the weekend of the Grand Prix de Montréal.

Thanks to its renowned restaurants, terraces, and high-end boutiques, Peel Street ensures success for the event where luxury cars, fashion, music and gastronomy merge in a distinguished atmosphere. 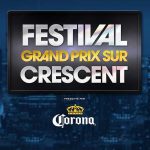 Date:  June 15-19, 2022
Location: Crescent Street & De Maisonneuve
Ever since 1999, the Crescent Street Festival has transformed the street into a free venue for race aficionados, tourists and Montrealers to celebrate the biggest race in Canada with live performances, race car displays, and DJs mixing the hottest music all day long.

For 10 consecutive years, Little Italy and its merchants have been pleased to welcome tourists and Montrealers to celebrate the arrival of the summer season during the Grand Prix Little Italy. More than 250,000 visitors are expected to attend this event honoring the Grand Prix of Canada. Every year, children’s entertainment, terraces, street food, boutiques, car show and much more await young and old at this grand Formula 1 party in the Italian neighborhood of Montreal.
More Info

No events available at this time. 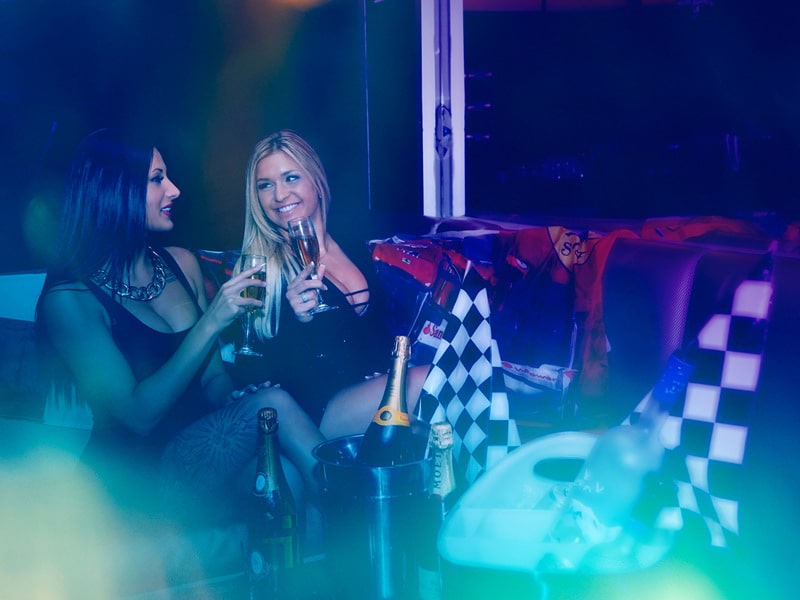 Need help planning and arranging your preferred events and parties? With our personalized concierge service we plan your entire stay — from the race tickets, to the hotel, and your weekend parties and events.

Included in our service:

We’re Montreal nightlife experts — need to get into a party or book a table at a nightclub?  We can hook you up!

Let’s face it, you didn’t come to the Montreal Grand Prix just for the race.

Sure, it’s the highlight of the entire weekend and is more than enough excitement to fill your tank until the next F1 race, but you also likely came knowing that Downtown Montreal isn’t one to shy away from the party scene. No, in fact the city thrives on it, and during Grand Prix weekend, Montreal is the place to be if you’re looking for the greatest parties this side of the Atlantic. Like New York City’s Time Square during New Year’s Eve, the downtown streets of Montreal are packed with people, all immersed in the nightlife atmosphere the city emanates so flawlessly and fueled by the thrill of the Grand Prix. 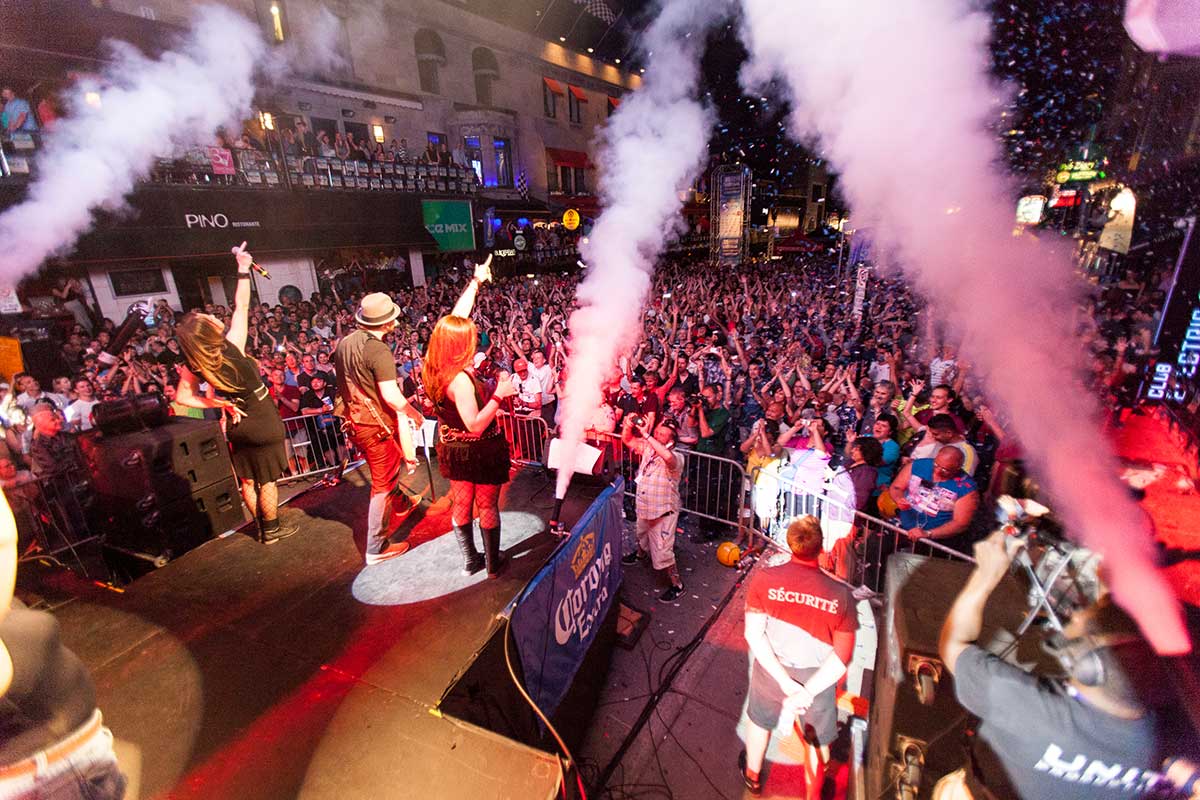 Your focal point for the greatest of Grand Prix events and parties is going to be down Crescent Street, in the stretch between Ste-Catherine Street and de Maisonneuve Boulevard. The party congregates here for the greatest selection of street vendors and food to be found in Montreal.

The streets will be packed not just with fellow race fans, but with show cars to gawk at. The Grand Prix afterparty brings the best part of the races to the streets with a collection of cars to make any car enthusiast drool and a chance to meet the drivers of the F1 series. Vendors dish out free merchandise with an abundance of giveaways and the best of racing is brought to life in high-adrenaline racing simulators. Partake in pit stop challenges that test just how much you know about the Grand Prix and how quick you are on your feet.

As you make your way down the street, passing temptation after temptation, it’s difficult to not want to stop at the concert stages, where local musicians bring the party to life with high-energy performances. The streets are filled with music booming from the Corona stage, performed by the best of Canadian entertainment. DJs ring in the nightlife entertainment to further fuel the festivities as the party creeps its way into the wee hours of the evening.

There are plenty of places to eat along Crescent Street, just don’t hesitate if you see an open table. With the amount of people there celebrating on F1 weekend, it’s not going to stay empty for long, and with the amount of fun you’ll be having, a bite to eat is imperative for fully enjoying your experience.

Crescent Street will be brimming with activities to get sucked into, making it impossible to not find something you’ll enjoy, but if it gets a little too bumper-to-bumper for your liking, make your way to Peel Street, which is also closed off for the Grand Prix festivities.

More shining examples of pristine automobiles line the street as their proud owners show off years of hard work to design and build their masterpieces. As you gawk at the raw horsepower lining the street, don’t forget to stop for a bite to refuel yourself for the continued bash.

Prepare yourself for a crowd as an estimated 500,000 fellow race enthusiasts will be walking the streets, sharing the excitement of being immersed in the greatest race-day party the world of Grand Prix racing has seen. Amidst the slew of race-day fanatics and tourists that stumbled upon this massive block party, the Grand Prix is also known to draw in a crowd of celebrities. Keep an eye peeled to see if your favorite actor, actress, or musical artist is celebrating the races in one of the year’s biggest parties.

Beyond even Peel and Crescent Street, the racing fun spills out into Old Montreal, where a portion of St. Paul is closed off to feature plenty of kiosks and grills. It may not draw in the same crowd as the festival on Crescent and Peel, but it offers enough for the F1 fan to feel like they’re getting the absolute most out of their weekend.

We know you’ve been waiting most of the year to get lost in Grand Prix weekend, and for your patience you deserve the best pay off. Party in the streets of Montreal, get lost in the fun of live entertainment, ogle the classic cars pulled out specifically to honor race day, stuff your pockets with free merchandise from countless vendors, and enjoy the finest foods that the city of Montreal has to offer.

What is the legal drinking age in Montreal?

What about buying beer and alcohol in Montreal?

You can buy beer until 11pm daily at the depanneur (convenience store), or hard liquor at the SAQ (Societe d’Alcool du Quebec aka Quebec’s liquor Commission) normally from 9am- 5pm, Monday through Saturday, and until 9pm on Thursdays and Fridays at certain locations.

What about “after hours” clubs?

After hour clubs stay open till late mornings (11am-noon) but do not serve alcohol.

When is closing time for Montreal in bars, clubs, restaurants, etc?

Need  party or event tickets? Need to book a table at a nightclub?
We can arrange it: