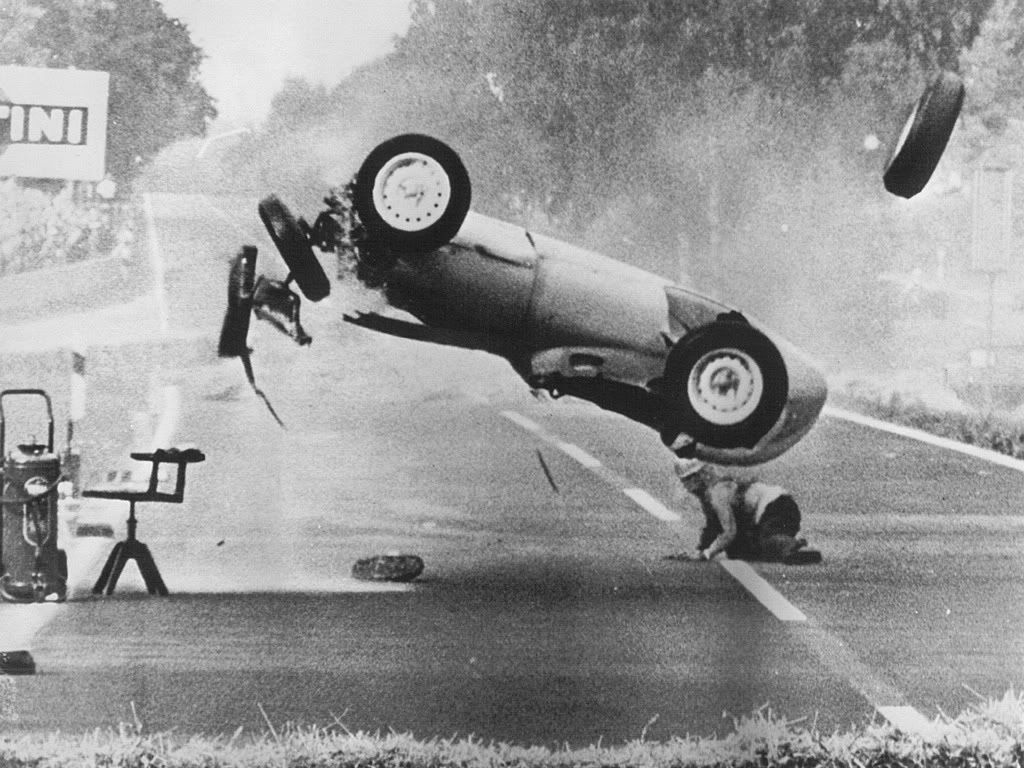 The moment the cars set off on their race around the track, adrenaline courses throughout the circuit. Fans and drivers alike feel the rush as cars take corners at breakneck speeds, struggle to overtake one another, and zoom across the finish line; but sometimes the excitement of the Montreal Grand Prix can take a turn for the worse.

Although Grand Prix is a very exciting sport, it’s also a dangerous one. There have been plenty of serious accidents that have resulted in injuries and sometimes even death. Even those where the driver walks away unscathed are thrilling and heart-stopping to watch as the car seems to crumble under the force of the crash.

These accidents have been captured on video and they are pretty intense and shocking to watch. Here are some of the top videos of major Montreal Grand Prix accidents over the years, so that you can see what happens when things go wrong during the race.

The 2014 Grand Prix came to a very dramatic end when Felipe Massa and Sergio Perez crashed on the last lap of the race. The two drivers were fighting for a position with two laps to go and they came together before crashing into a wall in a spectacular fashion at the first turn. Both of the drivers were unharmed and walked away from the incident and Perez was given a five place grid penalty for causing the crash.

In a horrific accident in 2013, an F1 Marshall died after being run over by a crane towards the end of the race. The marshal was helping to retrieve the crashed Sauber belonging to Esteban Gutierrez when he tripped and fell, right into the path of a mobile crane that was working to recover the car to the pits. He had serious injuries and was treated at the medical centre at the Circuit Gilles Villeneuve before being transferred to Sacre-Coeur hospital in Montreal. He later succumbed to his injuries.

Polish racecar driver Robert Kubica had a serious crash when approaching the hairpin on lap 27 at the Montreal Grand Prix in 2007. His car made contact with another, then hit a hump in the grass which made him unable to brake or steer and lifted him airborne. The car crashed into the retaining wall and rolled across the track, striking the wall opposite and coming to rest on its side. The car was going 300km per hour when it clipped the barrier.

Miraculously, Kubica was not seriously injured and survived the crash. He only suffered a sprained ankle and a light concussion and he left the hospital the following day. However, if he had cleared the barrier and hit traffic coming in the opposite direction there would have been serious consequences.

These are just a few of the most intense and shocking videos of accidents that have taken place at the Montreal Grand Prix. Thankfully, with the security technology of the modern racing cars there is a better chance these days that the drivers will escape from these accidents unscathed.
With more Grand Prix races on the horizon, who knows if the track will remain free of debris or will be the site of even more incredible crashes! To see for yourself, book your Montreal Grand Prix tickets today for access to the biggest event in Canada’s own Sin City.
Need to set up your Grand Prix weekend in Montreal? We organize, plan and reserve it all.
Contact us to make your Grand Prix trip unforgettable!