History of the Grand Prix in Montreal 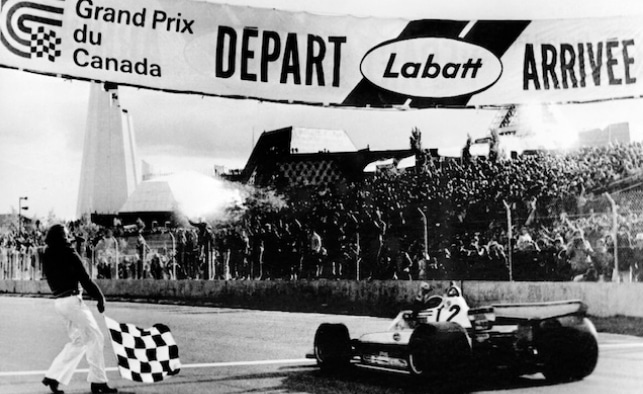 The Montreal Grand Prix is an annually anticipated affair that attracts spectators from all over the globe. Over the course of a weekend, the streets of Canada’s City of Saints fills with race day fanatics looking to enjoy an event that’s rooted in world history. They gather to recognize their favorite drivers and memorialize those that have long-since hung up their helmets by partaking in festivities worthy of a national holiday. It’s one of the largest events to roll through Montreal and the Formula One Grand Prix leaves its mark on the city long after its gone.

Though the very first Canadian Grand Prix dates back to 1967, the history of the Grand Prix is far more extensive, stretching back to the late 19th-century, when automobile racing first caught the public’s eye. It started long before the big names of the Montreal Grand Prix took the wheel and crafted a legacy that is everlasting.

The Advent of Auto Racing

It all started in Paris, 1887. Le Velocipede, a bi-weekly French newspaper dealing specifically with cycling, science, and water sports, organized what was to be a short trial run through Paris. As racing wasn’t a major concept at the time, the race was a bust and only one competitor showed up.

Seven years after the first abandoned race, Le Petite Journal took Le Velocipede’s failed concept and organized a successful run from Paris to Rouen, covering 126 km (78 miles). Twenty one entrants participated in the first race, which also marked the first disqualification in racing history. Despite having beat out his competitors in the July 22nd run, Count de Dion’s vehicle was deemed impractical as a road vehicle and didn’t meet the race’s regulations.

By 1899, the concept of racing became a mainstream idea and, in 1900, James Gordon Bennett organized a series of six international races to be held over the course of five years. The Gordon Bennett Cup Race, or the Coupe International, became the first large-scale racing event, though the thrill of high speeds was still yet to come. In the 1901 Gordon Bennett Cup race, the average speed topped out at 85 kph (53 mph). 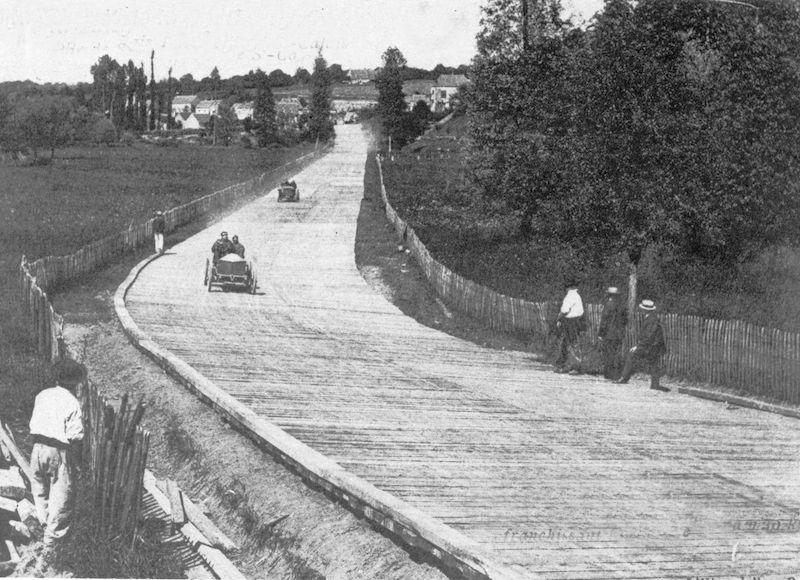 With Bennett’s cup proving successful, another party sought to capitalize on this fairly new concept of racing automobiles. In 1906, the Automobile Club of France hosted what became the very first Grand Prix. Organized and held in Le Mans, the circuit ran a total length of 105 km (65 miles) and featured a line-up of 32 drivers. As is tradition in today’s Grand Prix, each participant represented a different automaker, with 12 manufacturers represented on race day. Hungarian driver Ferenc Szisz took the grand prize, earning the milestone of being the first driver to win a Grand Prix race.

Noting the popularity of the Le Mans race, countries all across the globe started to pick up on the idea of Grand Prix racing. Within months of the French Grand Prix, Italy hosted its own at Monza and, by 1924, Belgium and Spain picked up on the concept. Unlike today’s iteration, the scattered races were less organized and didn’t fall under one blanket of championship rules, meaning each country could regulate the race as it saw fit.

For four years, from 1924 to 1928, the disconnected Grand Prix races were brought under the regulation of the Association Internationale des Automobile Clubs Reconnus. In this brief period, the races were given unofficial rules, but these were dropped in favor of events not held back by limitations. The period following the AIACR became known as “Formula Libre,” a style of racing that essentially limits only the safety equipment needed.

Over the following decades, the Grand Prix races would slowly be molded into organized driving events. By 1933, at the Monaco Grand Prix, the concept of using qualifying times for starting order was introduced. In 1947, the AIACR returned as the Federation Internationale de l’Automobile and, by 1950, drivers started driving under the Formula One title.

After 17 years of international racing, Canada joined the Grand Prix circuit. Though it hosted its own non-championship races over the years, it wasn’t until August 27th, 1967 that an official F1 race was hosted at the Mosport track in Ontario. 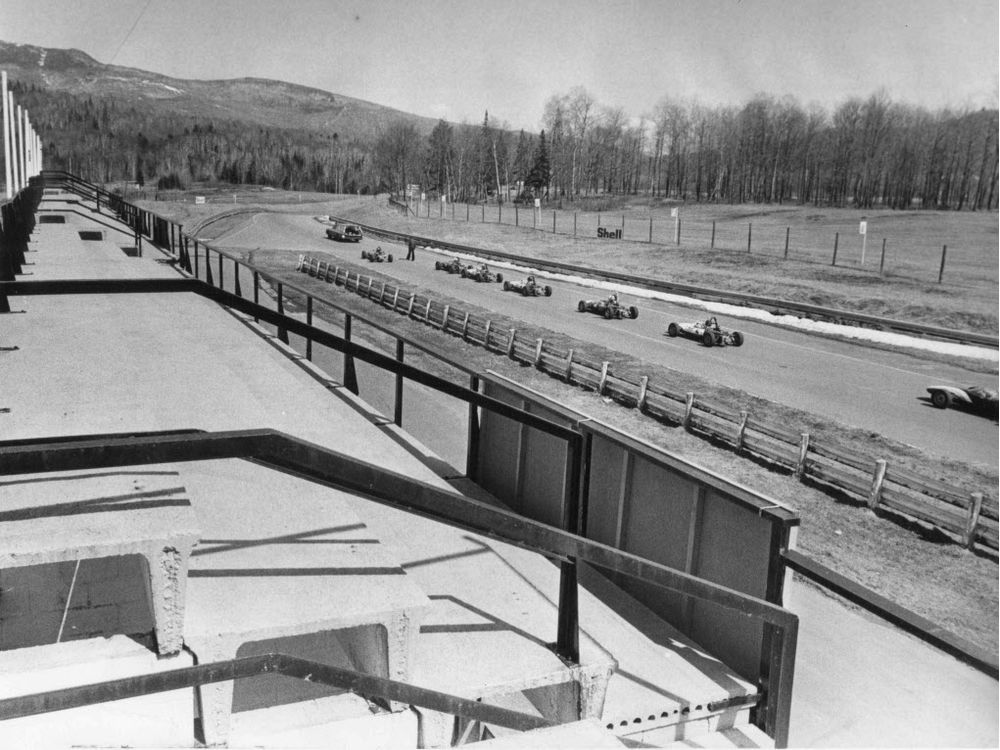 Now one of the biggest events in the current Formula One series, Canada’s – and more specifically Montreal’s – relationship with the races has had plenty of back and forth. After the 1967 race in Mosport, the 1968 and 1970 events were moved to Le Circuit Mont-Tremblant, just north of Montreal; but even that wasn’t meant to be. Of the 40 participants in the ’68 and ’70 races at Le Circuit, more than half were unable to finish and the track was deemed too dangerous, thus returning the Grand Prix back to Mosport Park.

It was only another eight years before Montreal was introduced to the Grand Prix when, in 1978, the F1 race was moved to Ile-Notre-Dame. It was at this even that the city experienced an incredible milestone that would give link the Montreal Grand Prix to a name that would not soon be forgotten. Taking the trophy in the October 1st race was Quebec native, Gilles Villeneuve. The high-spirited driver continued racing until the May 8th, 1982 race in Belgium, where he died mid-race in a crash. In his honor, the Ile-Notre-Dame circuit receives a name change to its present incarnation – Circuit Gilles Villeneuve.

Despite having a revered track, when it came time for the 1987 Montreal Grand Prix, disputes over sponsorship ceased all activity. The hiatus was temporary, however, as the Grand Prix returned in 1988 and enjoyed 20 years of races at Circuit Gilles Villeneuve until 2009, when a series of scheduling conflicts ended with the Canadian Grand Prix on the cutting room floor. Originally scheduled for June 7th, 2009, the Canadian race was dropped as a revised schedule had the Turkish race running on that day. It marked the first time in 20 years that race didn’t return to Canada and the first time since 1958 that North America didn’t host a race at all.

Going into 2010, the Canadian Grand Prix was listed as “provisional,” but was officially added to run again on June 13th, 2010. With new upgrades completed to the circuit, a five-year contract was settled between the Formula One Administration and Canadian officials. In 2014, when the contract was due to expire, it was extended another 10 years to 2024. Only months before the 2017 race, another extension was approved, guaranteeing Montreal as the home of the Canadian Grand Prix until at least 2029. For a city that loves its racing, the extended contract is exactly what it needs to ensure the pull of the Montreal Grand Prix never fades.