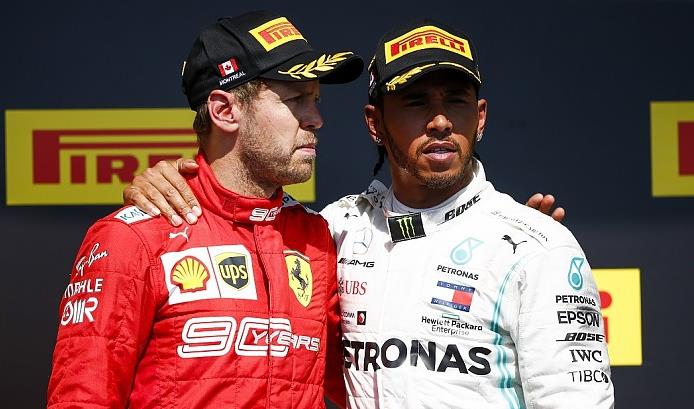 Vettel may have completed the 70-lap race ahead of his opponent but due to a 5 second penalty, it was Hamilton that took the victory .

With another year came the thrills and excitement that follows Formula One Grand Prix weekend in the heart of Montreal. It’s one of the biggest weekends of the year in the Canadian city, drawing in a massive attendance that turns the Sin City of the north into a Formula One capital.

On June 9, 2019, the streets were crowded with race fanatics as they waited while their favorite drivers prepared to take their grid positions. Those positions, of course, were determined based on the events of Saturday, June 8, when drivers participated in the standard qualifying session.

For a qualifier, it was quite the spectacle that involved a crash, a surprising drop in positions, and a jump in the rankings for one team that had been struggling to climb higher. 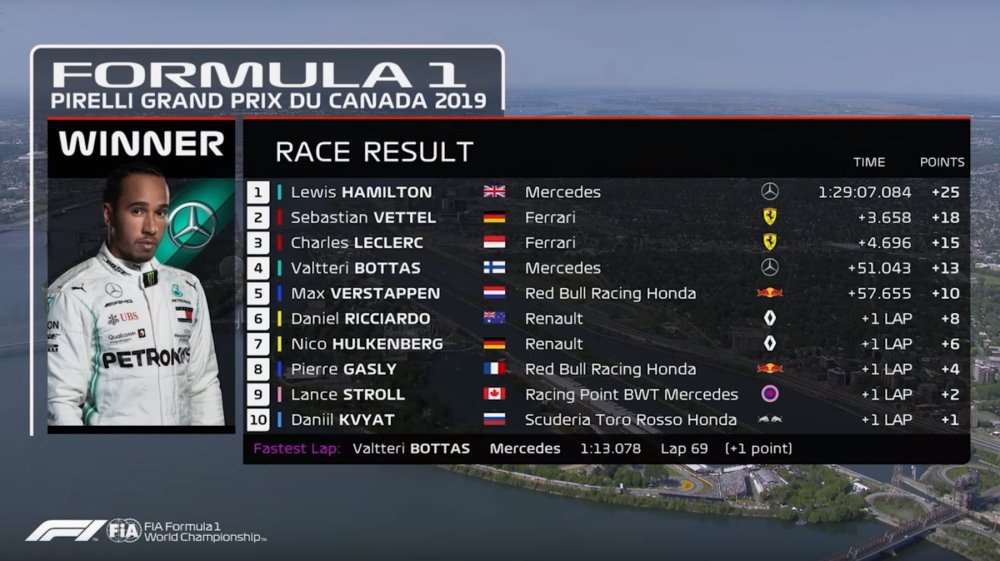 Before drivers took to the qualifier session to determine their position on Sunday’s race, they took part in three practice rounds. Though Sebastian Vettel struggled to break into the top three during Practice 1, he jumped to second place behind fellow Ferrari driver Charles Leclerc. By Practice 3, he was sitting on top, followed immediately by Leclerc and Lewis Hamilton, who took first on Practice 1 before dropping to sixth in Practice 2.

Heading into the qualifier, it was clear that Vettel, Max Verstappen, Leclerc, Valtteri Bottas, and Hamilton would be stiff competition.

While the qualifying session can set the tone for race day for some drivers, that wasn’t quite the case for everyone at the 2019 Canadian Grand Prix. Max Verstappen is a name so frequently seen at the top of the pack, but coming out of the qualifier, he found himself relegated to 11th due to a crash from Kevin Magnussen. Unfortunately for the Danish driver, the crash caused him not to set a lap time in Q3, resulting in him starting from the pit lane on Sunday.

Verstappen’s drop to 11th wasn’t the only surprise for Saturday’s session. Renault saw a boost in its positioning after a nine-year lull thanks to driver Daniel Ricciardo. Ricciardo was able to qualify in 4th, marking the highest position the team has earned since the 2010 Japanese Grand Prix.

Battling for the leading position were race leaders Vettel and Hamilton.

Finishing within milliseconds of one another, Vettel was able to walk away with the first spot, but it didn’t give him the guarantee of taking the victory during the race on Sunday.

Just as they had done during the practice races and the qualifying round, Vettel and Hamilton fought for the victory. It was a tight race between the two and resulted in several nail-biting moments, such as when Vettel left the track and rejoined quickly, forcing Hamilton to leave the track to avoid a collision.

In fact, it was that exchange that determined the 2019 Canadian Grand Prix. Vettel, driving for Scuderia Ferrari, may have completed the 70-lap race ahead of his opponent, but it was Hamilton that took the victory. For rejoining the track unsafely, Vettel was hit with a five-second penalty, which was enough to close the gap between them — 1.3 seconds — and cause them to switch places.

While the finish still stands as of hours after the race, Ferrari has announced every intention of appealing the penalty to resecure the first-place finish for Vettel. 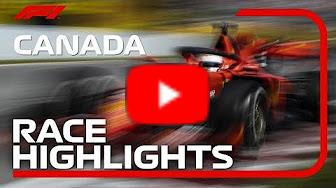